3.5 Tons of Ballast Taken from Skipjack

March 2010
Jack Russell and crew currently training at the Harry Lundeberg School of Seamanship at the Paul Hall Center in Piney Point removed this week 3.5 tons of ballast from the skipjack Dee of St. Mary's.

Skipjacks are commercial sailing vessels used to harvest oysters. The vessels, when working under sail, drag man-sized toothed mesh claws from both their port and starboard beam. They carry a great deal of sail in order to gain the speed and power to pull the dredges along the bottom of the Chesapeake Bay scooping up oysters. The Dee carries more than 25,000 square feet of sail.

Despite carrying such sail capacity, skipjacks are shallow-bottomed for maneuverability so their ballast consists of many small weights nestled in their bottom hull between the ribs. 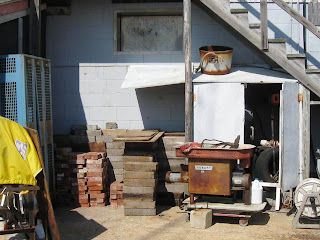 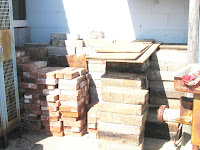 Observation from C. Caryn Russell, "You'd be surprised how small three-and-a-half tons of brick are."